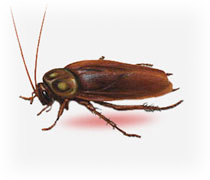 American cockroaches can be found in commercial establishments like restaurants, grocery stores, bakeries and other places where food is prepared or stored. They are most common in boiler rooms, heated steam tunnels, basements around pipes, and around water heaters and wet floor drains. American cockroaches can coexist with German cockroaches with no negative effects on either cockroach population. 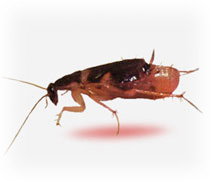 Brown-banded cockroaches build up their highest populations in high temperature areas. Because they require less water than German cockroaches, they often survive in drier locations that are unsuitable for German cockroaches. They frequently occur in locations at eye-level or above such as in cabinets, around closet shelves, behind pictures, in warm areas near motors of refrigerators, electric clocks, timers and television sets. Other favorite habitats are around the braces of kitchen chairs and tables, around objects on the wall and in shower stalls. 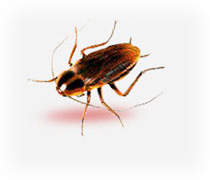 The German cockroach is by far the most important and usually the most common of the cockroaches. In addition to being a nuisance, it has been implicated in outbreaks of illness, the transmission of a variety of pathogenic organisms. These cockroaches are most commonly introduced into buildings via paper products or paper packaging such as grocery bags, cardboard boxes, drink cartons, and via secondhand appliances such as refrigerators, televisions, VCR's, microwaves, etc. They feed on almost anything with nutritive value including all kinds of food, and such things as soap, glue, and toothpaste. 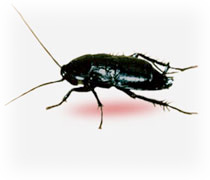 Oriental roaches are more sensitive to lack of water than other cockroaches and like cool, damp locations. Look for oriental cockroaches in dark, damp basements, crawl spaces, areas between soil and the foundation, underneath sidewalks, in sewer pipes, floor drains and any other cool, moist place. Outside, they sometimes aggregate near or under garbage cans. 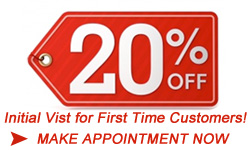